In the aftermath of the Asian tsunami, upon witnessing the unprecedented physical devastation, suffering and human grief, Frank Martin a FCF relief worker in Tamil Nadu, India chronicled the following:

“The tsunami survivor started talking to me in Tamil saying that he had lost everything: his wife, three of his five children, his home and his boat. I could tell he just didn’t have it in him to know how to start to rebuild his life. Not knowing what to do I just took him in my arms and hugged him and then he just burst forth in tears, uncontrollable crying and grief. I too could not restrain the heartache. At last he got it out, all the pent up grief and uncertainty…came gushing forth.

“Anyone coming here must realize that when they come these people hurt deep inside. Not only do they need to rebuild their homes and lives and means of livelihood but many of them need to find a reason to even put forth the effort to carry on.”

Six months later, Frank shared the following: “This month I was able to visit the same beach I had visited six months previously, just four days after the tsunami hit, and the change that has taken place is very encouraging. At that time I had recorded the following observation.

“When I walked the beach this time, it was refreshing. It was as if life had sprung up again in the hearts of the people. The beach, instead of its previous state of being strewn with wreckage and debris, was now full of new fishing boats.

“Men sat mending and preparing their new nets instead of untangling or burning the endless cobweb nets that seemed like they covered everything months before. There was hope in the air instead of despair, re-birth instead of death.” 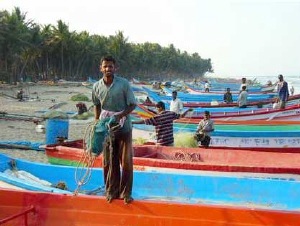 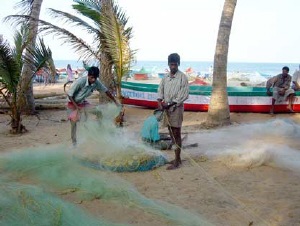